Carson Pinch and Taylor Davis do indeed do a bunch of flips in this side-achingly funny sketch show directed by Paul Bates.

When I saw Paul Bates was directing another Fringe show, I knew it would be top of my list. Having seen him direct what may be my all-time favourite sketch show several years back (32 Short Sketches About Bees) I went in with high expectations, and I wasn’t disappointed.

The premise is simple: comedians Carson Pinch and Taylor Davis do flips. Like, a lot of flips. And each sketch in some way ties into them. Like any good sketch show, there is a general theme throughout that keeps things flowing, but the range of sketches is wildly varied and shows off the actors’ comedic talents. From the annoying wasp we’ve all met at the park to a figure skating pair having an emotional moment, the sketches somehow make the most ridiculous premise feel relatable and I literally laughed at each one (not something I can say for many comedy shows I’ve seen). Normally I’d go into more detail on a few favourite moments but I can’t really do that without risking giving away a punch line and they’re too good to risk that, so I’ll just say go see it for yourself, you will definitely leave with a few lines stuck in your head (and may just learn something important about wasps).

Special mentions go out to stage manager Andrea Miller – I don’t know how many cues those SFX and music bits were broken into, but the tech was flawless as was the timing, so kudos to whoever contributed to that – and my buddy Caleb who turned out to be a helper as well – see the show and you’ll see what I mean.

What really makes Everything Else stand out is how seamlessly the sketches flow from one to another; dynamic transitions keep the energy up and give a place to mini sight gags and jokes that lesser companies would try to drag out into a whole sketch. The technical elements are well executed and everyone’s timing (stage manager included) is perfectly on-point; no one misses a beat. While there isn’t exactly a theme to the show overall, just enough references are made to call back to other scenes and each time this is done it is done so cleverly; lots of laughs, none of the groans you come to expect from most sketch acts.

NOTE: I feel awful that I don’t know the names of most of these people (no pictures in the program), so apologies as I mention some favourite moments without crediting the specific performers;

Some favourite moments include a “Troller’s Support Group” (featuring of course, a literal troll); a new type of app, “Uber Walks”; a rather extravagant hat; a doctor’s visit that reveals a young woman (Lahaie) is suffering from “Montages”; a date that gets side-tracked when the man discovers a room full of jars (I know, sounds odd, but trust me); a guy dancing to bossanova beats who is DEFINITELY not a vampire and the cleverly book-ended scenes that start and finish the show. There are no weak links in this cast. While the scenes I listed were the strongest, I had a grin on my face throughout – this is far better than any sketch show I’ve seen on a Second City stage.

There are only 2 shows left!!! Check out my Fringe Picks Post for show dates & times. 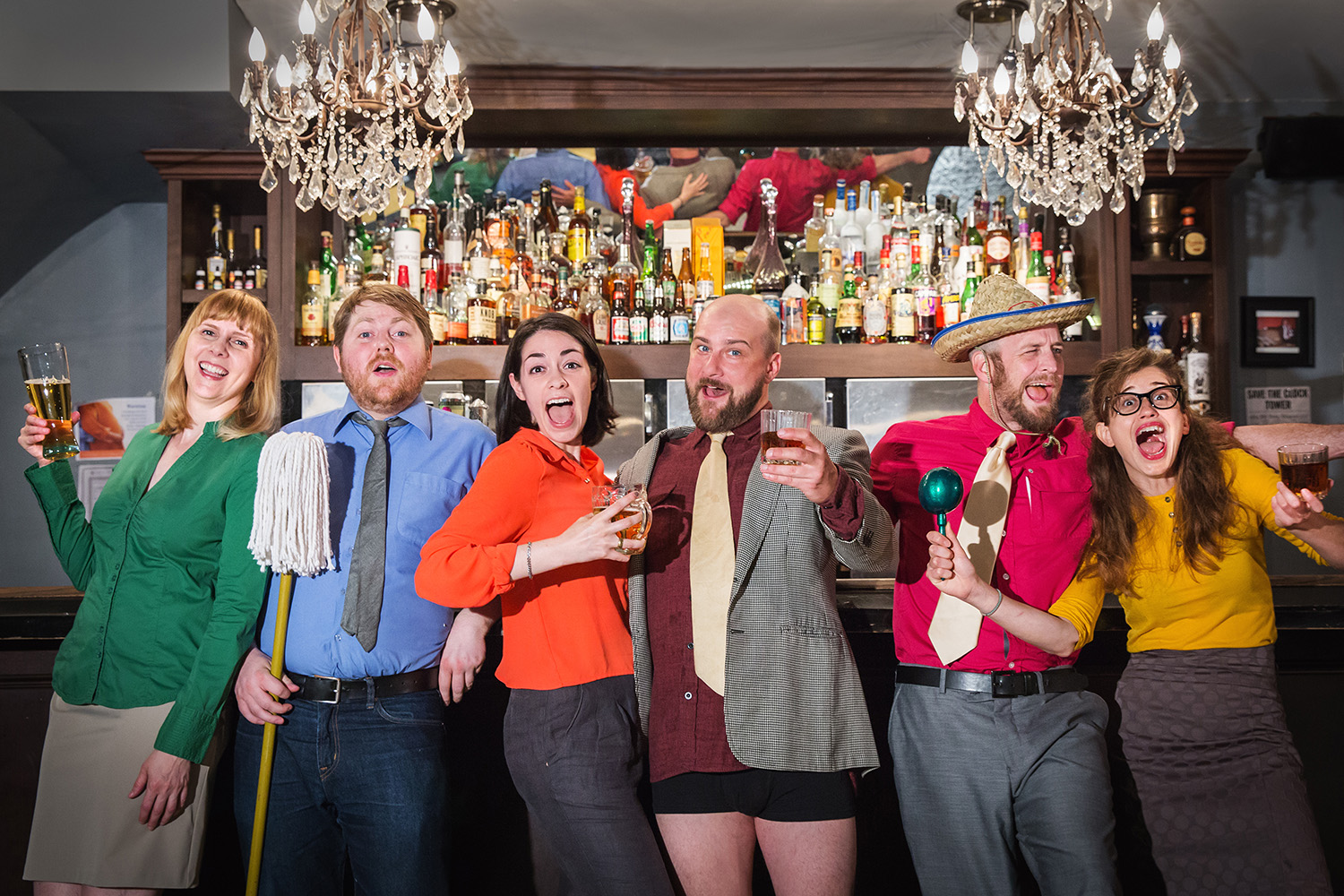 I won’t describe any of the scenes as I don’t want to give away punchlines, but I’ll say that highlights included a passionate but slightly misguided children’s face painter, a holy unicorn, probably the most terrifying comic you’ve ever seen, an unusual trip to the Science Centre and two news announcer types who very eagerly tell you all about things that “make no fucking sense”. Add to that some popular songs that will have you asking, “are those really the lyrics??” and Benedict Cumberbatch (really! well, sort of) and it makes for a thoroughly enjoyable evening. Plus, it’s in a tavern, so you can drink!