We’ve been in NYC for about a week now, and we’ve already seen a ton of amazing talent. What makes the NYC Fringe different from other ones around the world is that it is a juried festival, meaning all of these plays were selected by a team of judges. As another Fringer pointed out the other night, this basically means we’ve “all already made it”. Some criticize this method as being against the “nature of the fringe”, but it does mean that all the shows here are phenomenal. We’ve been to two teaser/promo nights so far, and so while I have yet to see any of the shows I do already have an idea of what I want to see. So here are my New York International Fringe Festival, 2014 Picks:

1. King of Kong
Starring the lovely and talented Amber Ruffin and Lauren Van Kurin, this musical parody tells the story of 2 men on their quest to hold the high score on the classic Donkey Kong game. Their song, “Billy’s Sauce” is absolutely brilliant and we’ve all been watching it on repeat. Check out a version of it here. These ladies are not only funny and talented, but really nice as well. This is top of my list for shows to see.

2. We’re Very Proud And We Love You So Much
Created by the comedy troupe His Majesty, The Baby, this sketch comedy is described as the “funniest bad dream you’ve ever had”. They performed a piece of it at the busking night on Thursday and it was brilliant; a couple finds themselves in a hilarious (and at times very touching) palindromic argument, repeating the same thing over and over changing only their intentions. Very well done. Another one to see for sure.

3. Fatty Fatty No Friends
I was blown away by Jason Sofge’s vocals at the teaser night, and I am very intrigued by a show that is described as, ” A dark spoken-word musical diving into the lunchtime of life, where bullies are delicious.” They sold out their opening night, so hopefully I can find a less packed performance!

4. Coming: A Rock Musical of Biblical Proportions
Saw a scene from this at the teaser the other night and it was phenomenal. Great voices, looks very funny – I don’t know a ton about it and I haven’t had the chance to chat with any of the cast, but I’m adding this one to my list nonetheless.

5. Absolutely Filthy
I got chatting to actor Curt Bonnem after the teaser night on Thursday and found him to be a very charming and funny man (and one who knows Toronto! woot!). While I don’t know much about this show either, it was one of the first that caught my eye, in part because the postcard boasts having won 3 L.A. Weekly Awards as well as Best of the Hollywood Fringe 2013. Can’t wait to check it out!

While these are at the top of my list, honestly, there wasn’t a show at the teaser night that didn’t look good, and if I had the time and money I’d see them all.If you’re checking out the NYC Fringe, be sure to look up our show, No Visible Scars. 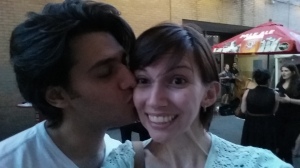 Someone said to me a couple years ago that the annual Fringe Festival was like “Christmas for actors”; you see people you haven’t seen in months, everyone is pumped up and looking to celebrate, and you spend one week floating from show to show, running into old friends and getting excited for all the surprises the plays have to offer. It’s an event that’s fun for spectators and theatre-goers, but it really is more than that for those of us in the theatre community. It is a chance to spend time with those we love and to briefly rekindle those intense friendships that often live out their full life cycle in the few short weeks of a run of a play.

This year, sadly, I will have very little opportunity to hang around the Fringe. I am currently in Waterloo, signed up for a week long millinery class at Stratford Off The Wall; I’ll be missing all but 2 days of the Fringe. Still, I did make it downtown briefly on Friday, just to check out the scene and see what was happening this year. 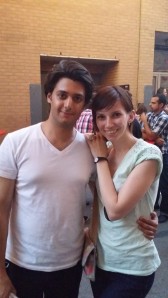 Chris at I in the alley; he lost his “Fringe Virginity” that night.

The great thing about the Fringe Alley and Fringe Tent is that there is always someone you know there. A constant flood of people, it’s like a huge eye-spy game trying to spot old friends and flag them down before they rush off to see a show. I was pleasantly surprised to find that a friend of mine was putting on a show in the alley and luckily got a chance to see it that night (be sure to check out Theatre Double Take‘s My Last).

There’s cheap beer and great music; I happened to catch a bit of Birds of Bellwoods and totally loved it. 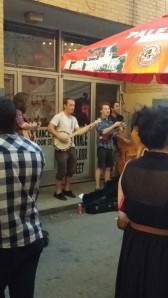 One difference I noticed this year was that they seem to have stopped the “Fringe Run” – a good idea in my opinion, as it only ever lead to ripped posters and bruised knees. Instead, a laminated wall shows one of each poster, and it was great to be able to see them all together and compare.

The one downside to this is you really do end up comparing the quality of the posters, and I’ll be honest, there were a few that, next to the more professional looking ones, were crappy enough I actually made up my mind not to see them. I won’t be a jerk and post those ones, but will instead show a few whose design really caught my eye; I don’t know these groups or anything about the shows, but they immediately grabbed my attention with their great design. 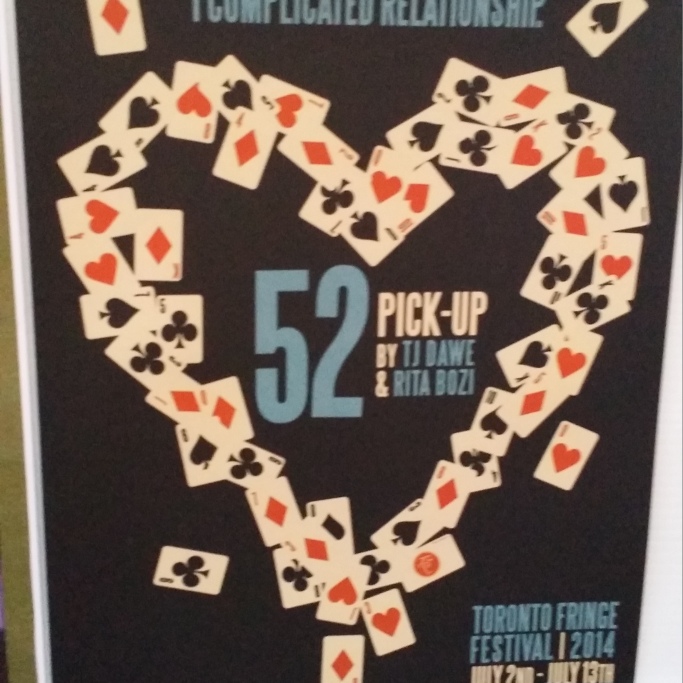 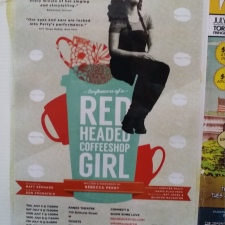 So while my Fringe time may be cut short this year, I’ve already enjoyed it. If you get the chance to check out some of this year’s Toronto Fringe, be sure to look at Bygone Theatre’s Fringe Picks for a couple not-to-be-missed productions.